Shannon has been coaching for 19 years and has over 27 years of cheerleading, dance and tumbling experience. She has been involved in the sport of cheerleading since she was 6 years old and competing since age 8. She was a four year varsity cheerleader, captain her senior year and a member of the NCA All-American Team.
As a dance student, Shannon has studied under master instructors and attended workshops with some of the top teachers in the industry. She has also taught at several studios throughout South Jersey. She holds a BA degree in Health and Exercise Science from Rowan University and her certifications and professional affiliations include USASF, NCA, APPERD, JOPHERD, NYSCA, USA Gymnastics, Safety/First Aid and CPR.
Shannon’s choreography has earned her numerous awards including the NCA Innovative Choreography Award. She is a five time Oustanding Choregrapher Award winner and holds several Regional and National titles for her work in both dance and cheer.

Alicia has been coaching cheerleading for 26 years. She first got into coaching cheerleading through HCMFL. After years of coaching clinics, cheer clinics and coaching instruction, she made the transition to competitive cheerleading 19 years ago. Alicia has also been teaching tumbling for 16 years. She was on her high school gymnastics team and has loved the sport since childhood. Since tumbling is a natural extension of cheerleading, she began instructing organized classes in 2000. She has been coaching for Rising Stars since its inception. Her certifications include USASF, NCA, NYSCA and USA Gymnastics.

Kiera is a classically trained dancer and excels in many styles of dance including ballet, tap, jazz, contemporary, lyrical, modern, hip-hop, and heels. She started her training at Joan Harris Dance Centre in Luzerne PA, attended AMDA NYC conservatory for dance and is now at Temple University in the process of receiving her BFA. In addition she is a dance teacher and a gymnastics coach and was previously on the Sixers Dance team. She loves sharing her creativity, passion. And knowledge with all of her students. 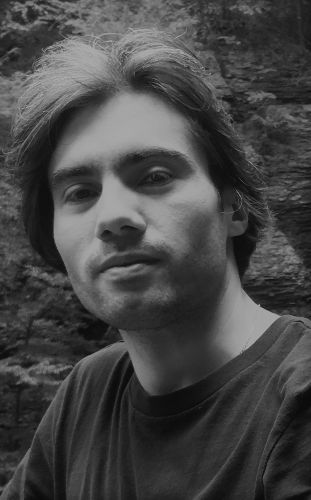 Zaharia (Johnny) Ionut has been dancing professionally for numerous years with such companies such as the National Theater from Bucharest, and Oleg Danovski Theatre. He graduated from the Ballet School of Bucharest and immediately entered his professional career. He has been awarded at numerous national and international ballet competitions. He has placed every year at the National Ballet Competition since 2003 and in 2006 won 1st prize. Zaharia is now dancing with the Atlantic City Ballet and is excited to start his second year with Rising Stars.

At the age of  7, Miss Taylor began her extensive dance training and joined the competitive dance world with Stage Lights Dance Studio in Newark , DE . Niaya has won numerous awards & judges awards in solos , duets & group numbers . She has also traveled to many places with their award winning dance team.  During her budding career, she has worked with cast members from The Lion King on Broadway, Toured with Carnival Cruise Lines and performed at various venues in Las Vegas, New York and Virginia Beach.  In the summer of 2013 , Miss Taylor was given the title : MISS NDS & Judges Impact Award. Niaya has experience with numerous styles of dancing including : Ballet , hip hop , tap , jazz , contemporary , modern & musical theater . She has studied under numerous choreographers including Debbie Allen , Dave Scott & Laurieanne Gibson .  She has choreographed for music videos and plans on for continuing artists . Niaya always looks forward to showing her students what F.A.M.E. is all about…FUN times, ATTITUDE necessary for great performances, lasting MEMORIES and ENTERTAINMENT for everyone.

Morgan started dancing at age three and danced competitively for ten years. During her competitive years, Morgan was a soloist and her team was the recipient of several awards and national titles. She was also a varsity cheerleader. Morgan currently has her associates degree in Biomedical Science/Healthcare and currently attending nursing school. She wants to always keep dance in her life and share her love for it to all her students!

Shana Joy’s life is Music! She began voice lessons and piano lessons at age 6 and continued with lessons throughout her youth. During her high school and college years, she sang in her church and participated in plays. While studying at Ryder University’s Westminster Choir College, She was taught her to nurture her full vocal ability and add to it stylistically. Shana always knew that singing and sharing her music with others was her destiny.
Mrs. Grassi was the founder of “Shana Joy’s Musically Yours Voice and Piano Instruction”. She has taught piano at Gill Saint Bernard School in Gladstone, NJ and “Brightest Star Academy” located in Morristown’s Bickford Theater. She also had the privilege of directing Morristown High School’s production of Kiss Me Kate. Shana is currently a professional vocalist as well as musical director for a number of churches in Southern and Northern New Jersey for the past 15 years as well as a guest pianist and soloist. Her music recitals are a joy to both her students, their parents and guests due to her stress free approach to performing.

Steffany has been involved in cheerleading for over 14 years, cheering for two all-star teams, her High School Varsity team, and Stockton College. While cheering in high school, she was captain and received several All-American nominations. She was also the recipient of the Coach’s Scholarship during her senior year. Steffany currently holds a degree in Elementary Education and has been working at the pre-school level for 8 years. Steffany is very excited to share her love of cheerleading as an instructor at Rising Stars!

John's life is all about fitness and health. He started Tae Kwon Do at the age of 11 and found his love for martial arts. He continued with Tae Kwon Do, studying under Master Nick Acevedo and Master Mark Cotler. He also began training in Kum Do and Hapkido up through his teens, earning his 1st degree blackbelt in Tae Kwon Do and Kum Do. During this time, he learned the philosophies of his school, Nae Jido Kwan, or school of internal wisdom. Focusing on the core values of his school, he learned to instruct his own students and teach them courtesy, respect, and discipline. After returning from college, he picked the arts up again, expanding his knowledge by studying techniques from Jiu jitsu, Judo, and Wing Chun. He is ready to pass his experience and knowledge on to the next generation, and hopes to motivate and excite the upcoming Martial artists in to pursuing a future with a healthy mind and body! He has been teaching at Rising Stars since 2011.